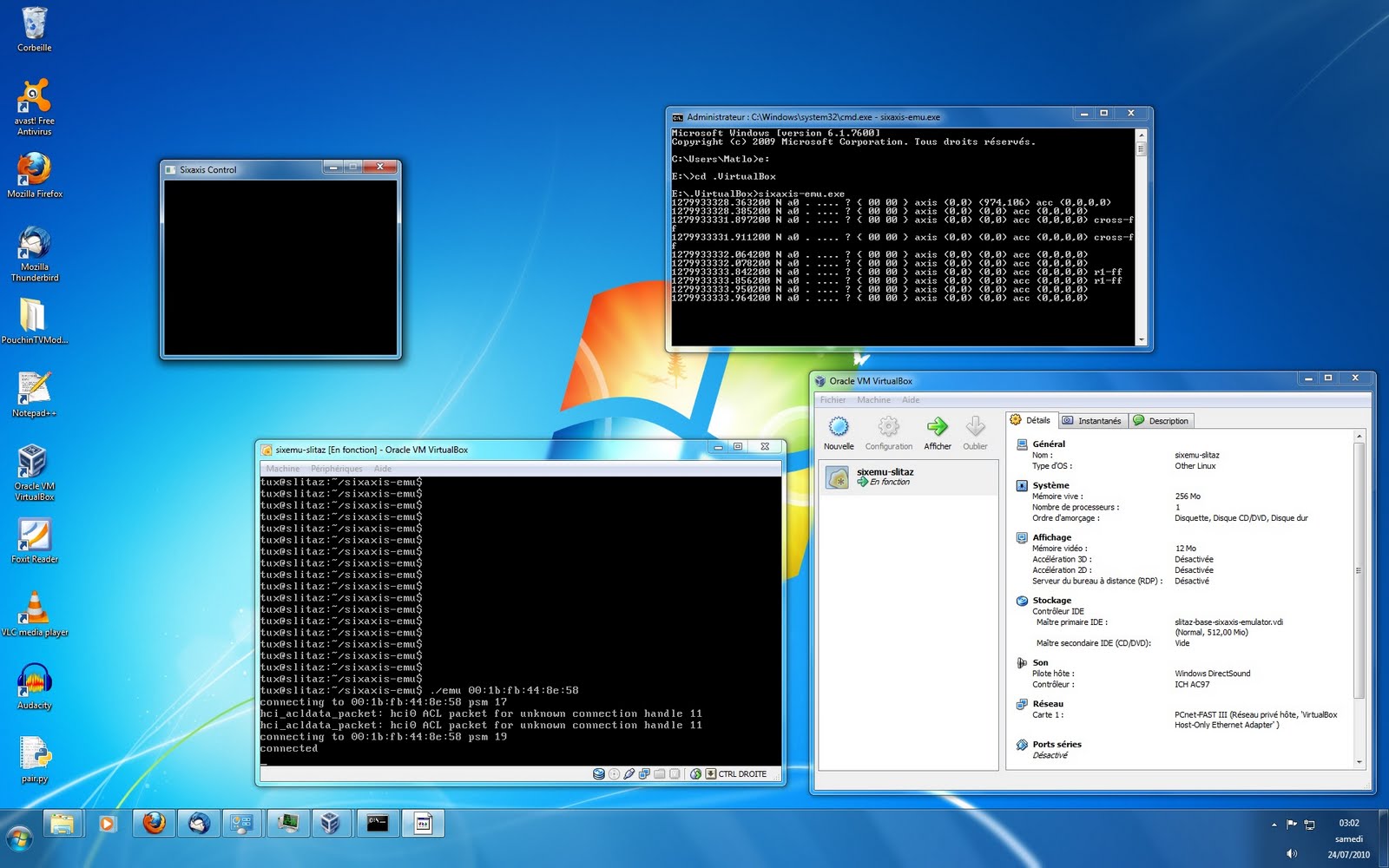 I recently was asked about running the sixaxis emulator in a VM (Virtual Machine).

With Windows Vista running VirtualBox/Ubuntu, I tried to perform the Sixaxis emulator tutorial.

Only step 1 doesn’t work: it seems the usb connection with the sixaxis doesn’t work as expected.

This is not a big issue since step 1 can be done once and for all with a livecd on any pc.

The only thing to care about is to disconnect usb devices from the VirtualBox before unplugging them.

With VirtualBox+Ubuntu, I get too much lag with the mouse, so that it can’t be used to play. I’m going to test other VMs.