As you can see in the following screenshot, I am able to launch two emu processes that communicate with my PS3, each one using a different bluetooth adapter. I then can connect an emuclient process to one of them. 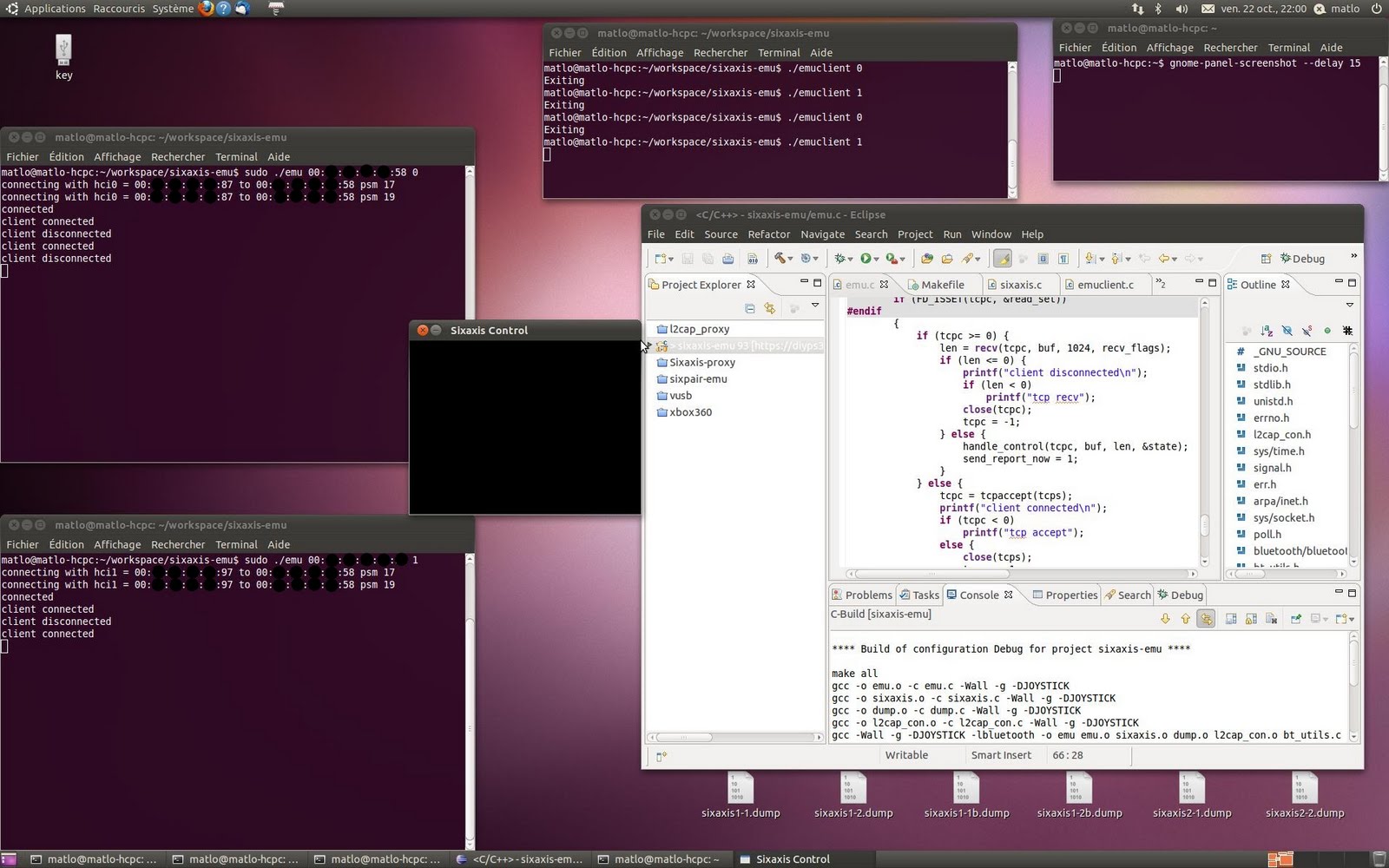 The next task is to connect the same emuclient to both emu processes, so that each emu process can send commands to the PS3 at the same time.

This will need some more work, as the SDL 1.2 library (that is used to get events from input devices) is not supporting multiple mice and multiple keyboards. It supports multiple game devices though (joysticks, wheels, gamepads…).

It’s not working for the following stuff: