I received my CP2102 usb to serial TTL converter bought on ebay from China for 2.8â‚¬ (about 4$). The delivery from China to my home (France) usually takes about 3-4 weeks, but this time I was lucky as it arrived in less than 2 weeks 🙂

As showed in the following picture, I connected it to my Teensy++: 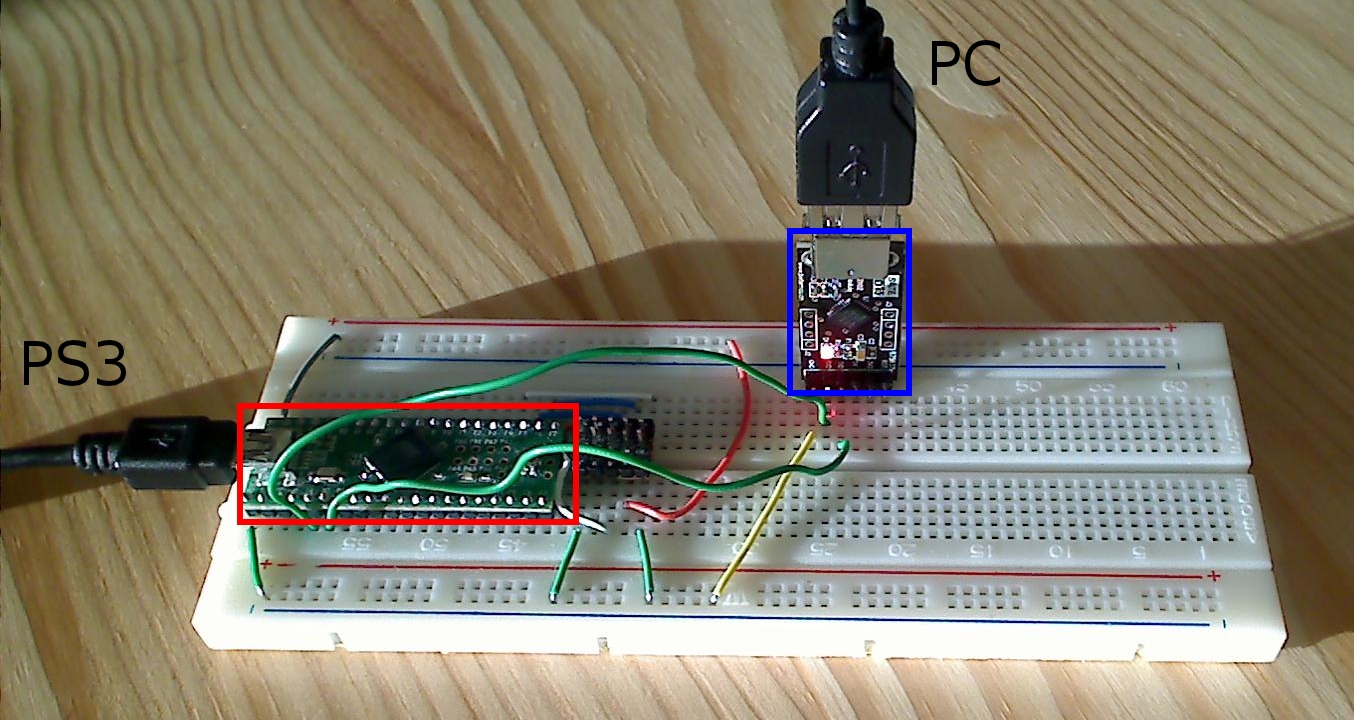 Blue outlined, the CP2102 board, and red outlined, the Teensy++.
First tests were not so hopeful, as it doesn’t work as-is with the latest sixemu package (v0.12).

I had to deal with 2 problems:

My benchmark program shows that we can reach about 45bytes/ms only writing and about 40bytes/ms writing and reading at the same time. This is good enough for the application. Running at 250Hz, I measured a 6.7ms worst latency, and a 5ms average latency.

Conclusion: this cheap CP2102 converter from ebay seems usable! I will test it further playing over a long time to see if it’s reliable.